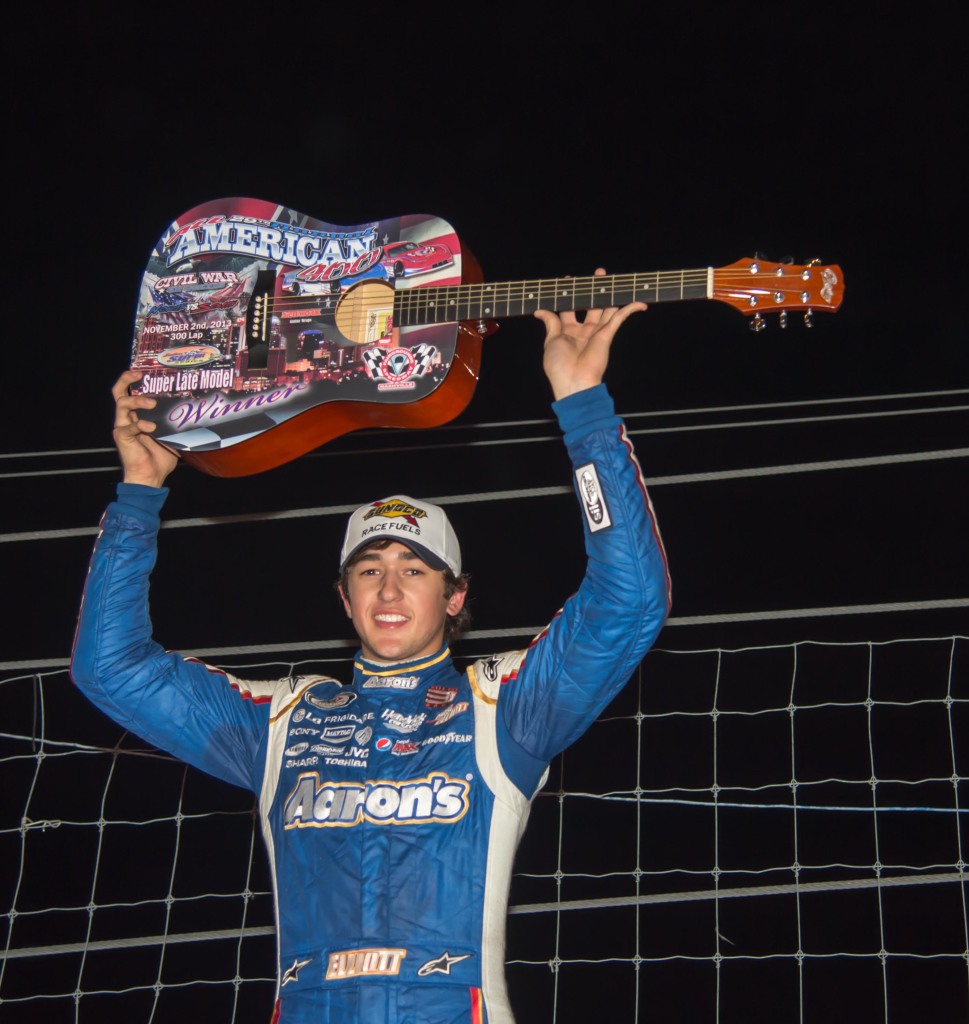 There was a time in auto racing in which drivers like Bill Elliott didn’t even run major races until they were 18 years old. Chase Elliott is part of a group changing that. And no matter how far he winds up climbing the NASCAR ladder, he will long be remembered for what he did before he turned 18, the current minimum age to compete full-time in a major NASCAR series. Elliott, now 17, has won a Camping World Truck Series race at Canadian Tire Motorsports Park in September in just his sixth start in the series. He’s won in NASCAR’s K&N Pro Series and in the ARCA series. But it’s in Super Late Model racing where he’s had some of his greatest successes. With his win on Saturday in the All-American 400 at historic Fairgrounds Speedway in Nashville, Tenn., he’s now won all four of the races generally considered to be the majors in short-track asphalt racing. Earlier he won the Winchester 400 at Winchester (Ind.) Speedway in 2010, the Snowball Derby at Five Flags Speedway in Pensacola, Fla., in 2011, and the World Crown 300 at his home track, Gresham Motorsports Park in Jefferson, Ga., last year.

Chase when I spoke to you after the WIN at the Nash. ALL AMERICAN 400, you ask me if wanted a autograph and I told you no that all wanted to say was how well you had driven that night and how smart you had driven the car all night and how PROUD your DAD would be of you and thanked you for your time to talk with me. I been a fan of your DAD for many years now and I wish you the best in the future. I would like to say that I sit down at the Nash. Speedway with your DAD when he was there and eat a barbecue sandwich. What a special DAD you have. Glad to see that you will carry the number 9 into the future. One other thing I would like to tell you is that I have a beautiful framed poster of your DAD with the heading of Bird of Prey, never see another one like this. Thank You Again for the time!