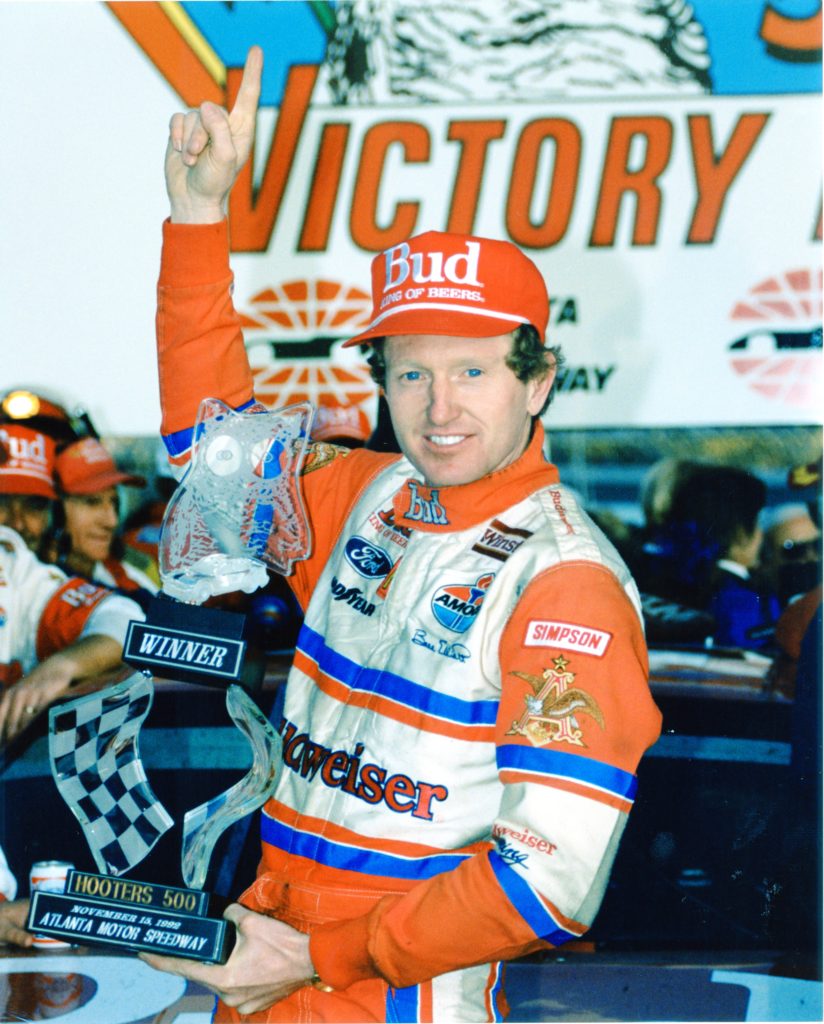 Bill Elliott reached a goal in the Hooters 500 NASCAR Winston Cup race, but it was Alan Kulwicki who fulfilled a lifelong dream. Elliott, driver of the Junior Johnson & Associates Ford, rebounded from some recent hard-luck performances to win the race – and thus record his fifth Winston Cup victory of the season – by 8.06 seconds over Kulwicki. But Kulwicki, whose Winston Cup career began with a pickup truck, some equipment and very little money in 1986, parlayed his runnerup finish into the first national championship of his career. The native of Greenfield Wis., became the 10th different titlist since the drivers began pursuing the “Winston Cup” in 1971. And he won the closest title battle since the current system was installed in 1975. Kulwicki finished with 4,078 points, only 10 more than Elliott (4,068). The winning point total was the lowest since Rusty Wallace became champion in 1989 with 4,176 points.