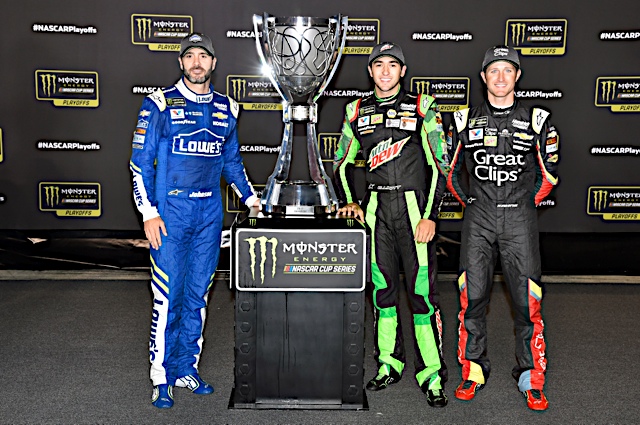 At Richmond, Chase clinched his berth in a second-consecutive NASCAR Cup Series Playoffs. Though he entered the postseason without a win, he entered the playoffs seeded as the No. 10 driver thanks to six playoff points earned via two stage wins. Through Richmond, he earned a 14 top-10 finishes and six top-five finishes, an improvement from his rookie season the year before.