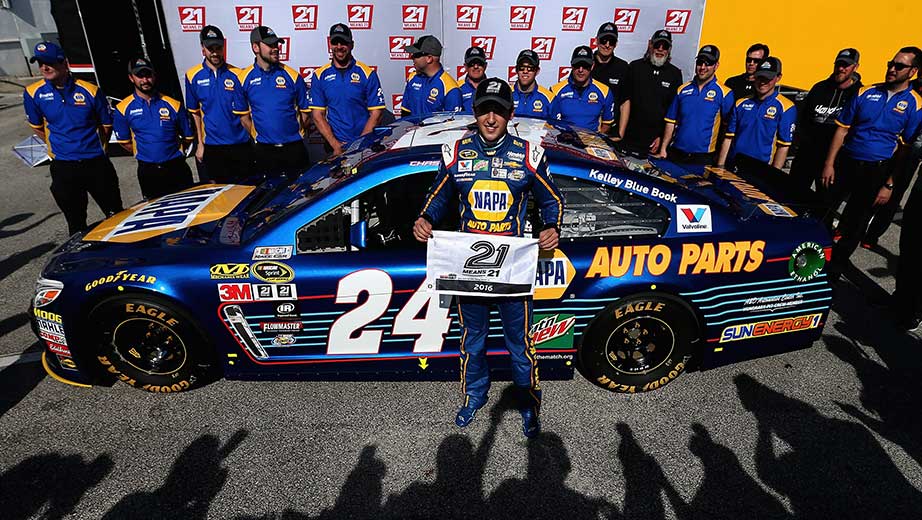 In his debut aboard the #24 car vacated by the retiring Jeff Gordon, Chase won the pole for his first-ever Daytona 500 with a top speed of 196.314 mph.  Starting at the front of the grid, Chase’s day the next Sunday came to an early conclusion on lap 20 when he was involved in a multi-car incident.  Chase would later return to the track to finish 37th, running 160 of 200 laps.