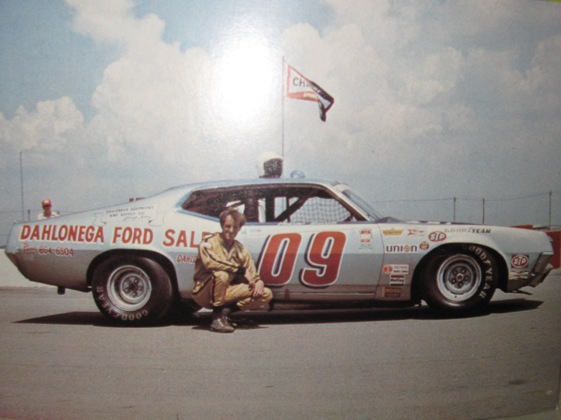 For long-time NASCAR fans, the idea of seeing Bill Elliott in anything other than a No. 9 Ford or Mercury just doesn’t seem right.

But as Elliott begins the season in James Finch’s No. 09 Chevrolet, some things aren’t really new at all.

For starters, Elliott has driven Chevrolets before. He ran five races for Michael Waltrip Racing and one for Nelson Bowers in 2006, and he drove Roger Hamby’s Chevrolet for three races in 1979. He’s been in General Motors products as far back as 1978, when his team borrowed one of Benny Parsons’ Oldsmobiles for the second Atlanta race.

And Elliott’s new car number is a special one for his family. His late father George Elliott campaigned a No. 09 Ford in limited appearances from 1971 up until Bill started driving the No. 9 in 1975. Aaron Gailey ran one race in Elliott’s No. 09, as did Jody Ridley and A.J. Reno. Charles Barrett, a North Georgia short tracker, had the most success in the No. 09 Ford. He raced it four times, with a best finish of 10th at Talladega in 1973.

Check out the rest of this article at http://georgiaracinghistory.com/2011/02/18/elliotts-new-number-has-a-long-family-history/