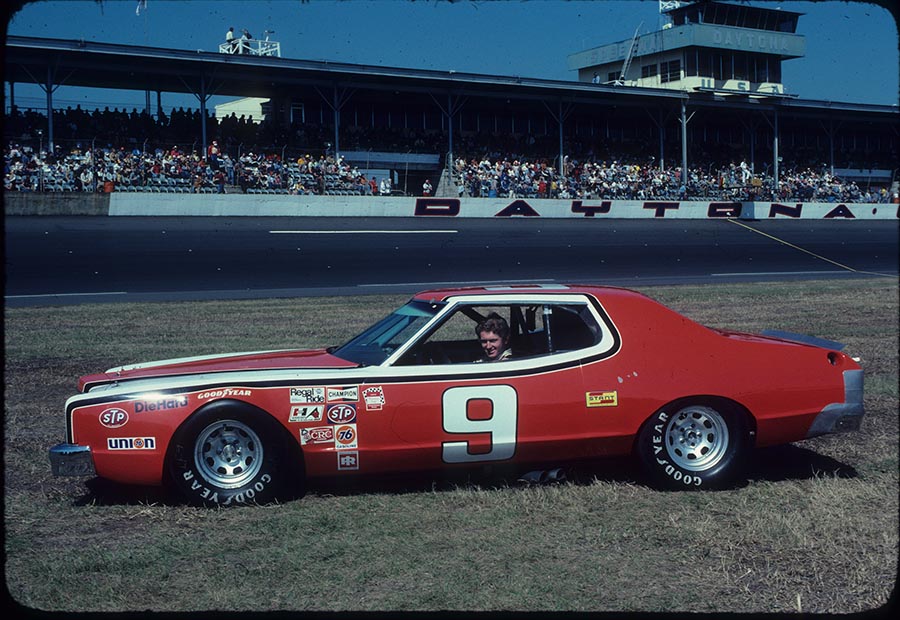 Bill Elliott brought this George Elliott-owned #9 Ford (with no sponsor) to try and qualify at Daytona 500 in 1979.  He later went on to qualify and run 13 races in the 1979 Winston Cup season.  This car was the second stock car that Bill raced after his career started in 1976 with the infamous blue Ford Gran Torino.