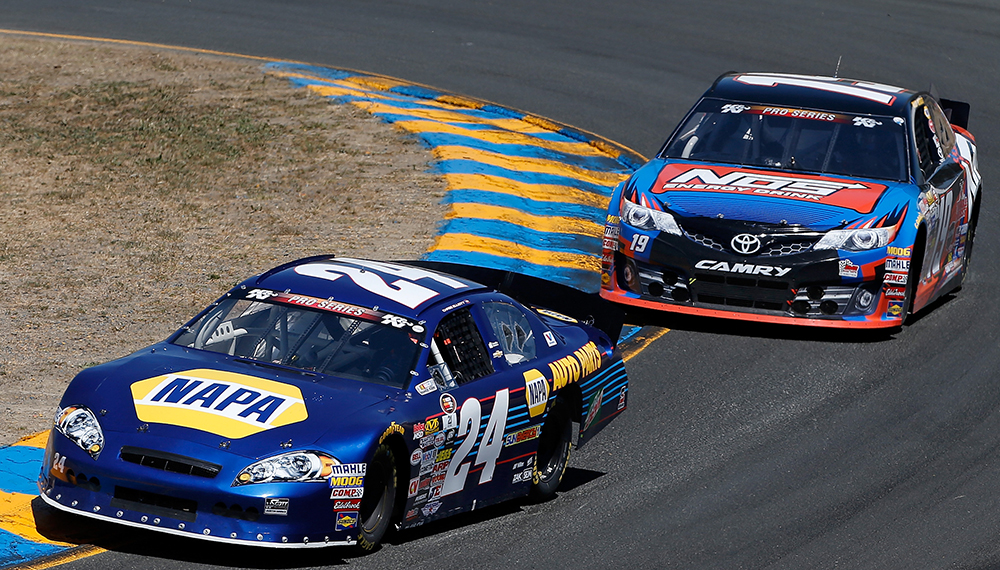 Elliott had saved his tires throughout much of the race before he made his race-winning win with three laps to go to overtake Gragson, who was selected to the latest NASCAR Next class earlier this year.

Gragson had led a race-high 34 laps before losing the lead to Elliott. Gragson said he learned a great deal racing against someone the caliber of Elliott, a leading NASCAR Sprint Cup Series Sunoco Rookie of the Year candidate.

“This was an experience of a lifetime to race against someone like Chase Elliott,” said Gragson. “I knew Chase probably had the best car, but I also knew I had a car that could win. I learned so much out there today. This will only help me become a better racer.”

Elliott said he hoped to apply the track time he was able to obtain today to Sunday’s Toyota/Save Mart 350.

“I know tomorrow’s race will be a lot different strategy-wise, but hopefully I can capitalize upon the reps I received out there today,” said Elliott. “I realize tomorrow that tires will be more of a factor and it’s a longer race, but I think today can only help me.”

The race experienced a slow start, as there was a multi-car pileup when the Green Flag dropped that sent four cars to the garage. Two of those cars included K&N Pro Series West championship contenders and Bill McAnally Racing teammates, Todd Gilliland and Chris Eggleston. Once the race got underway, the drivers got a better feel for the track and settled in to put on an exciting show for the fans.