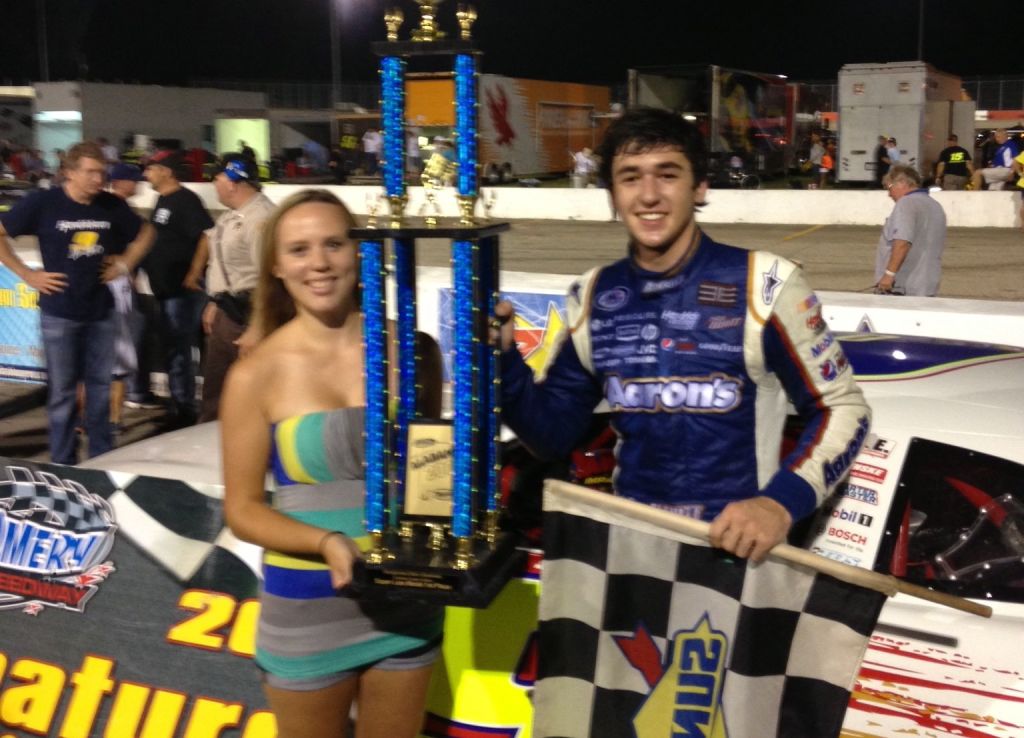 Three races in a row now have produced a first-time winner in the Southern Super Series presented by Sunoco. The latest winner is 17-year-old NASCAR Camping World Truck Series driver Chase Elliott who took down the 49th Annual Alabama 200 at Montgomery Motor Speedway (AL). Elliott elected to wait to take tires and had two fresh Hoosiers left when a caution flew on lap 185. Elliott was one of the cars who was involved in the caution allowing him to pit out of fifth to put on fresh tires. He then charged from sixth to take lead on lap 195 from Bubba Pollard and hold on as the distance stretched to 208.