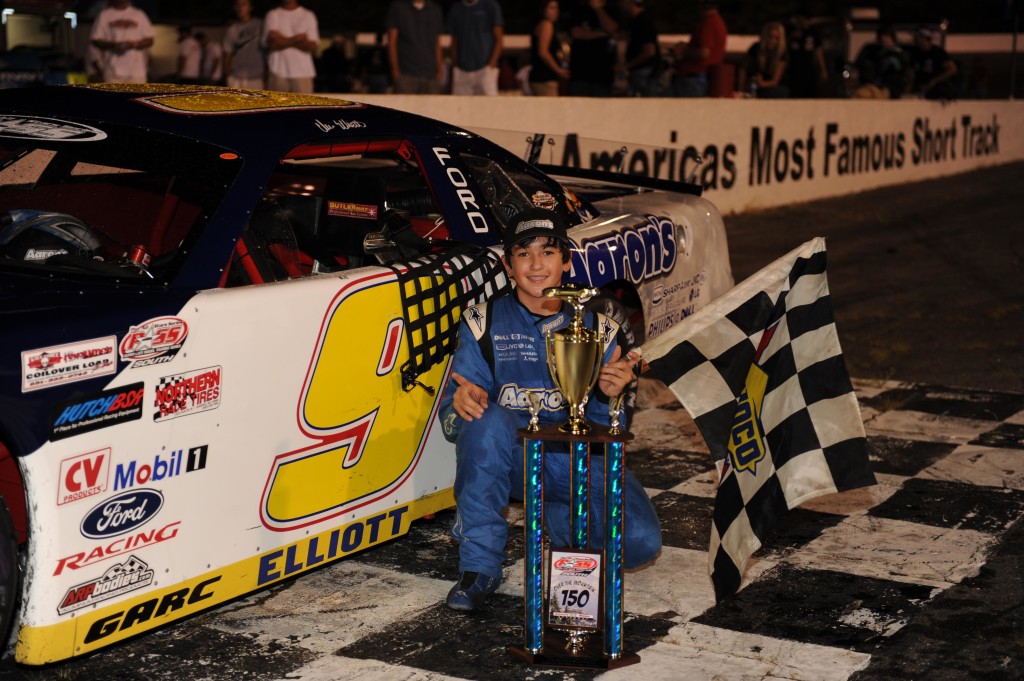 Former Union Middle School student Chase Elliott wins PASS race: Going into turn three prior to the final lap of the Over the Mountain 150 at Hickory Motor Speedway, Chase Elliott [son of Bill Elliott] worked his way to the back bumper of the race leader Jeff Choquette and made slight contact. As the two drivers came to the white flag, they were side by side. Choquette tried to work the high side through three and four, but Elliott had the preferred side through three and four, but Elliott had the preferred line and won the event. At 13 years old, Elliott becomes the youngest winner in PASS South, and PASS Super Late Model overall, history. NASCAR driver Dave Blaney’s son, Ryan, finished sixth in the race.