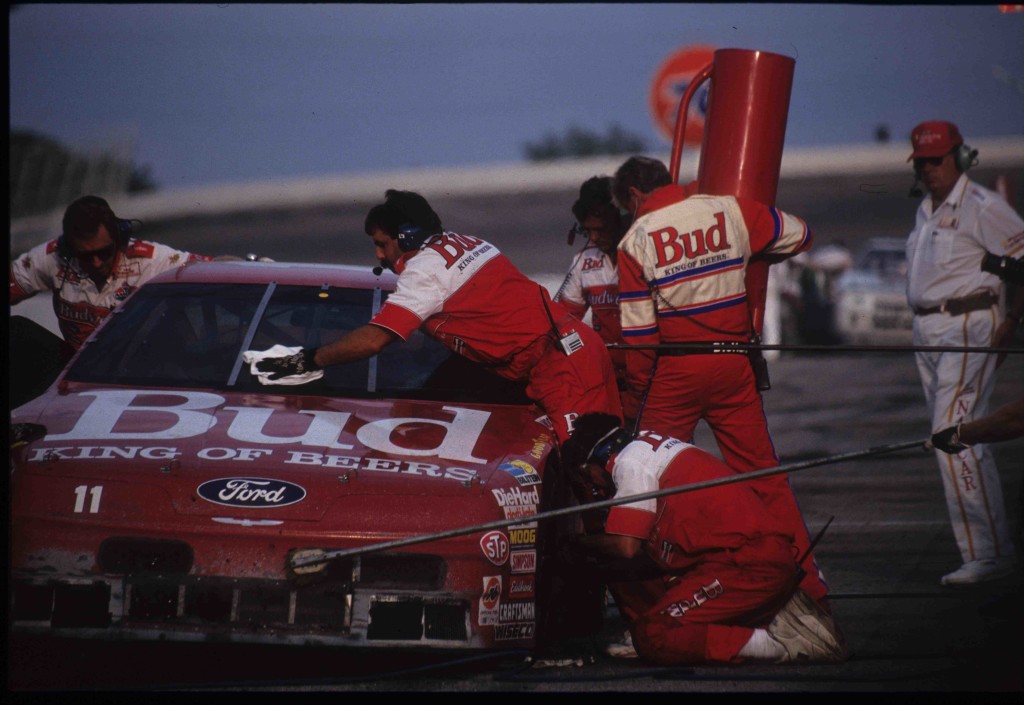 It doesn’t matter how he does it, the fact remains he does it. NASCAR Winston Cup driver Bill Elliott wins. And in so doing, he has once again put himself into the record book. Armed with a strong Junior Johnson & Associates Ford and a well-planned strategy to conserve tire wear, Elliott raced to his fourth straight win of 1992 with a victory in the TranSouth 500. Elliott thus became one of only five drivers to have won four consecutive races in NASCAR’s modern era, which dates back to 1972. The first was Cale Yarborough in 1976. Then Darrell Waltrip accomplished the feat in 1981. Ironically, both were competing out of Johnson’s Ingles Hollow, N.C., shops. In 1987, Dale Earnhardt scored four straight wins and last year, popular Harry Gant earned the nickname “Mr. September” when he won four times during that month. Ironically, it has been Gant whom Elliott has beaten in the last two events – at Atlanta and Darlington. In the TranSouth 500, Gant brought his Leo Jackson Motorsports Oldsmobile to the checkered flag 8.8 seconds behind Elliott.