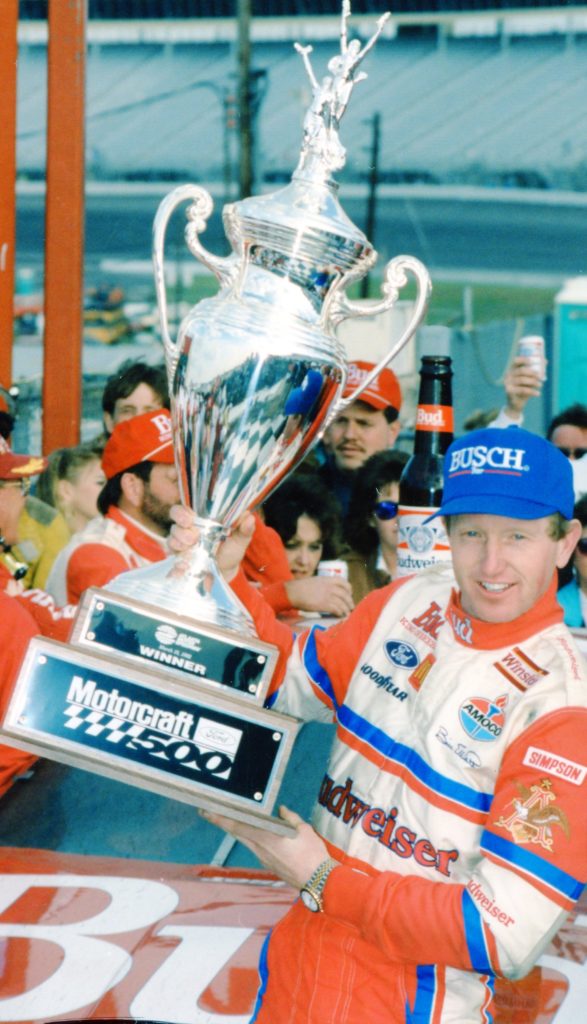 Although it happened two days before St. Patrick’s Day, Bill Elliott offered a fine example of what “The Luck Of The Irish” is all about. It was good fortune, not speed, that carried Elliott to victory in the Motorcraft 500 NASCAR Winston Cup race. After spending most of the 328-lap race around the 1.522-mile AMS track watching a heard of cars outdistance him, the driver from Dawsonville, Ga., got the only possible break which could have dumped victory into his lap. It was a caution flag at the right moment. On lap 284, Mike Wallace spun his Oldsmobile on the backstretch to start the seventh and final caution period of the day. As fate would have it, it came after ALL of the race leaders had pitted. Only Elliott remained on the track, where he had been running a distant seventh after a series of green-flag pit stops that began on lap 262.