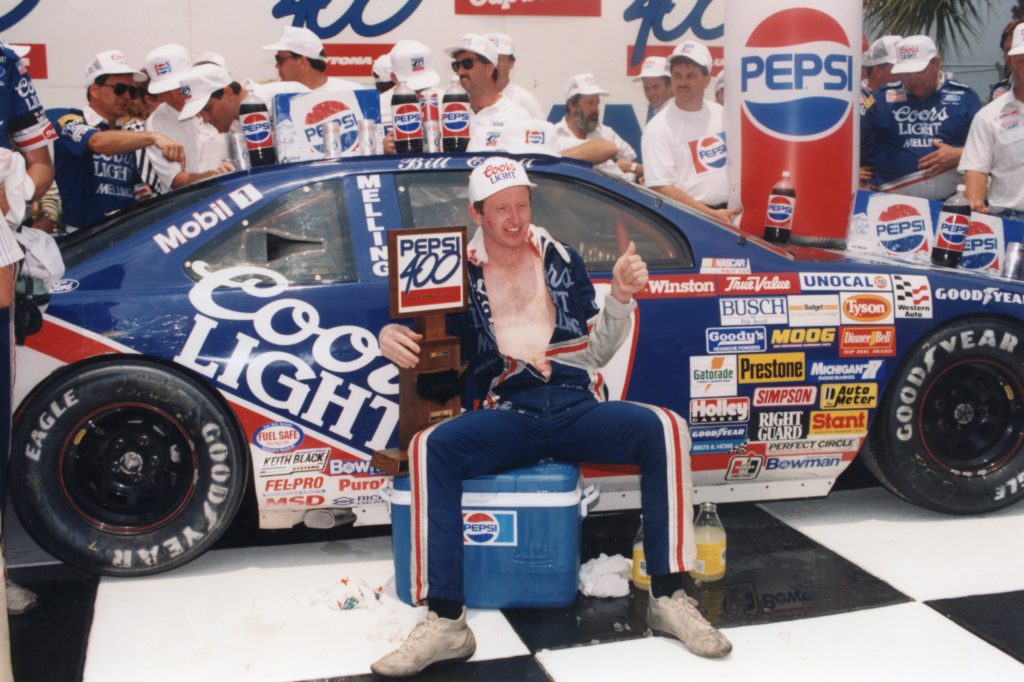 In Florida, The Sun Shines On Elliott Again

After months of gray and dreary days, Bill Elliott finally found the sunshine. The NASCAR Winston Cup driver from Dawsonville, Ga., enjoyed a welcome respite from episodes of heartbreaking personal tragedy and racing mediocrity with a convincing victory in the Pepsi 400 – a race marred by a wicked crash from which Darrell Waltrip emerged without serious injury. Although Elliott’s Melling Racing Ford wasn’t the race’s dominant car, it proved worthy enough to come back from nearly a one-lap deficit to take the lead with 13 laps remaining in the 160-lap race around the 2.5-mile Daytona track. On lap 148, Elliott snatched the lead away from Davey Allison, driver of the Robert Yates Racing Ford, and led the rest of the way to win by 0.18-seconds over Geoff Bodine, also in a Ford. For Elliott, the checkered flag resulted in his 34th career win and first since the Peak 500 at Dover, Del., in September of 1990, 21 races ago.