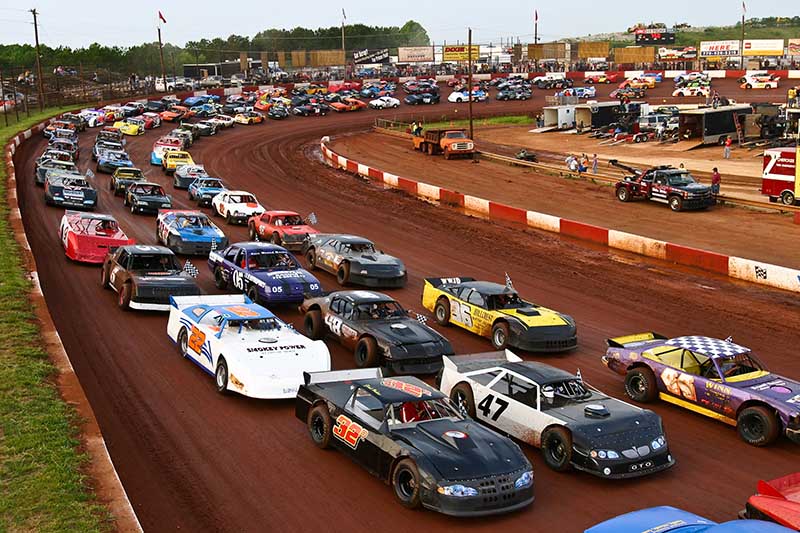 Back to Their Roots

Decade Ago, Elliott and Friends Returned to Dixie Speedway 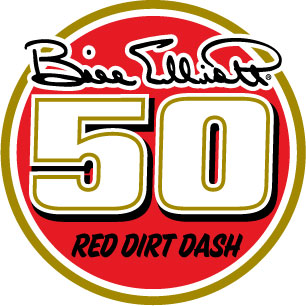 In late October 2008, race fans attending one of Georgia’s most storied dirt tracks enjoyed a special evening of racing featuring not only local stars, but also several celebrity stars of NASCAR’s premier Cup circuit. The one and only Bill Elliott 50 Red Dirt Dash event at Dixie Speedway in Woodstock, GA. is still considered one of the track’s finest nights of racing.

As a Georgia native, Elliott began his racing career at Dixie Speedway as a teenager, driving cars that he and his father, George Elliott, built in their home garage in Dawsonville, Ga. In fact, the younger Elliott scored his first race at the track on Sept. 7, 1974 at the age of 18. Thirty-four years later, Elliott returned to race in the 50-lap super late model event.

“Dixie Speedway is a special place for me because it is where I won my first race,” Elliott said a few days before the 2008 event. “To be able to go back and bring along some of my counterparts in NASCAR to show my appreciation to the race fans has been a goal of mine for years.”

Elliott invited several of his friends from NASCAR’s premier Cup series to participate in the special celebrity event to benefit Children’s Healthcare of Atlanta for cancer research and treatment through gate ticket sales and a special autograph session featuring Elliott and his fellow Cup series drivers. 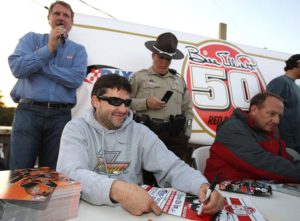 The near capacity crowd enjoyed a 25-lap super late model celebrity race featuring a two-stage format that included an inverted field for the final 15-laps.

At the start of the first segment, Blaney was quickly passed by Stewart, another legendary dirt track racer. The Rushville, Indiana native went on to win the segment by a comfortable margin.

Schrader started the final 15-lap segment up front and enjoyed the view from the front of the field. An excited crowd watched as Stewart and Blaney came from the rear with their sights on Schrader, but as hard as they tried, did not have enough laps remaining to take the win away. They finished second and third, respectively.

“The invert definitely helped,” Schrader told the near-capacity crowd in attendance after taking the checkered flag. “The main thing is everyone coming out and supporting this and Bill and Cindy (Elliott) putting this on. I’m just glad they invited us to be a part of it. This is what grassroots racing is all about.”

As for winning at Dixie Speedway, Schrader said, “The bad part is now I’m going to have to listen to Smoke’s garbage about how we won.”

Those in the grandstands were also treated to some exciting racing in the main event. Driver Chris Madden of Gaffney, S.C. took the lead at the green flag and held the point for 20 laps before being passed during a late-race restart by Shane Clanton of Locust Grove, Ga. Clanton pulled away and was never challenged for remainder of race.

“I had to get out front since clean air means so much here to put the nose into turns three and four,” Clanton said after collecting $5,000 and the coveted Red Dirt Dash trophy for the win. “I’m glad to be the first [Bill Elliott 50] winner. It feels pretty cool.”

During a recent interview, Schrader, a retiree from NASCAR’s Cup series in 2013, smiled as he recalled that memorable evening a decade ago. He was happy to be a part of such a worthy cause to help others in need while having fun racing against some of his closest friends 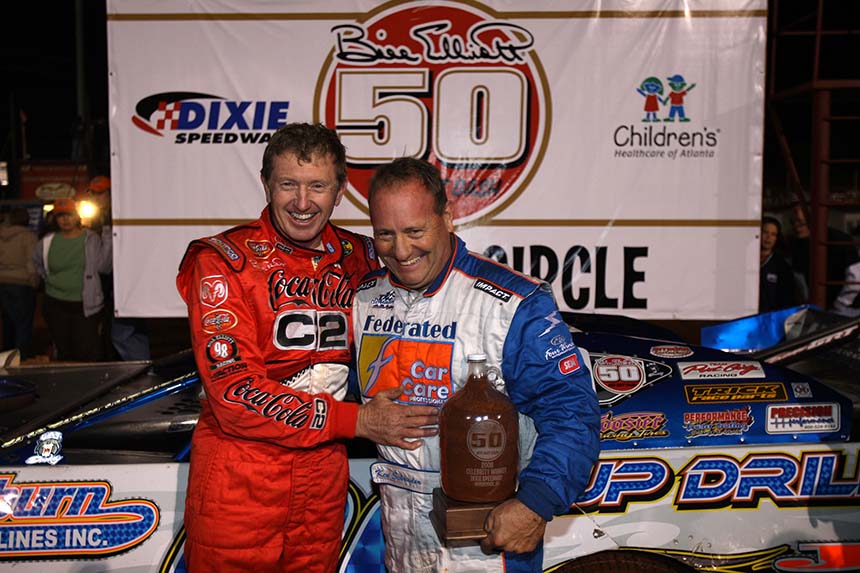 “I remember that race very well. As a matter of fact, I just happened to see it on You Tube just the other day,” Schrader said. “I ended up cutting the engine off near the end of the first (10-lap) segment. When they lined up for the second half of the race, I knew I was going to start up front because they were going to invert the field. I’m no genius but it was going to really helpful to start ahead of everyone. I was able to get away from them a little bit and held onto it to win the thing. I really like Bill and Cindy a lot and really enjoyed be a part of that. I do remember they had a unique winner’s trophy, which was really cool.”

Even today, Schrader feels comfortable on dirt, having raced on them for over 40 years.

“In a way, it’s really not about getting back on dirt because that what we do all the time,” Schrader said about the 2008 race. “Helping others is where the sport was and is and has been for many, many years. It’s always fun to make things like that happen.”